Needs of the Women’s Game 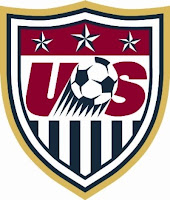 I thought it appropriate at this time to put together a summary of my observations concerning the needs of the game. My thoughts come from a year of observing play on the women’s side at the club, state, regional, and national team levels with youth players U14 through U19.

Watching the play at this year’s WAGS tournament inspired me. I think that there is a continuing trend on the women’s side that players are becoming more technical and athletic. Certainly the testing done at the U14 National Pool camp bears out the fact that the players are more athletic. Observing them play points to the fact that the players are more technical. Hearing the observations of the opponent’s coaches as we travel internationally makes me believe that they think that we are not only more athletic, but also more technical. For sure, the comments about our technical proficiency are encouraging. However, there are still areas of concern. It is my wish that this letter will prompt discussions and thoughts on how we all can make things better.

What follows is a short list of the areas that I feel are of the biggest concerns:

A. The quality and timing of runs by forward players.

I would like to define the two moments that are of particular concern.

1. When the midfield player is looking to play a pass. Here, forwards need to be able to read the action of the opposing team’s back line. Are these backs dropping? In this case a checking run back in to the midfield is appropriate. Are the backs holding or stepping? In this case a serve in behind the backs is appropriate, The forward is then looking to run in behind the backs through a different seam than the ball comes through or over. Too often, we observe the forwards just running with the back line, always looking to get in behind. The forward’s focus needs to not only be on the ball, but also on what the opposition’s back line is doing.
2. When the midfield player is looking to dribble forward, and is not under pressure. Too often, in this scenario, we observe the forward players running centrally into the way of the unpressurized midfielder. This run draws defenders in to the open space and often results in an unsuccessful attack. In general, in this situation, a bent run wide is the appropriate run. This forces a choice on the opposition’s defenders. They must either stay with the runner, or they attempt to stop the dribbler. The wide bent run also allows a better angle to attack once the dribbler has made the decision to make a pass when the defender commits. Then, the forward receiving the ball is able to run directly at the goal with her first touch, since she is coming from a wide spot to begin with. The wide run towards the far post is a particularly effective run, when the ball is coming down non-central locations.

B. The quality of defending in the midfield third.

Again, I would like to define various aspects here.

1. The quality of the individual defender. Too often, individual defenders continue to lunge in or over-run the 1 vs. 1 confrontation. This often looks like the player is working hard, but in fact allows the attacker to easily break pressure and place stress on the backs by dribbling at them. Conversely, often the player looks like she is in a solid defensive stance, but in fact she is not close enough to put any real pressure on the attacker. This allows the attacker to play the ball forward. Often, this shows up when the defender initially gets the attacker in a position where she is back-to-pressure, but the defender allows her to separate and turn and face the defender.
2. The quality of group defending. More specifically, the moments of transition from being a covering defender to a pressuring defender and vice-versa. Players need to immediately recover into a good covering position once their attacker makes a pass. Also, the covering and balancing defenders need to do a better job of reading the visual cues of the pass. Many chances of interception are lost because players are not able to adequately read the cues of passes being made. This at times can be successful, for example, when a covering defender sets a trap, letting the attacker think that she has a clear pass, only to step up quickly and intercept that pass that was made as it was easy to predict.

C. Keeping possession off of the throw-in.

1. Get the ball in to play as soon as possible. This means that whoever is nearest the ball when it goes out of touch should quickly get the ball, step to the line, and get it quickly in to play if possible. This does not allow the defending team to flood the zone, making it more difficult to gain possession.
2. If a quick throw is not possible, the same principles of attacking play need to be put in to practice as if the ball were in play. For example, there needs to be a good shape to the support behind the ball. This may mean that the backs back-up and increase the distance away from the thrower. To create space, attackers need to go away, then check back. There needs to be one player checking back for the ball, and one player looking to get in behind the defense, not two players checking back into the same space. Midfielders create space for themselves in a similar way. However, one particularly successful way for a midfielder to get involved is to threaten a forward run, only to check back at an angle to get the ball. Thus, the defender has to honor the forward run, taking her away from the open space created.
3. Throw the ball into the feet when possible. Do not allow the ball to bounce up into the receiver’s mid section. This does not allow for quick speed of play.
4. Once the throw is taken, the thrower immediately steps on to the field to receive a return pass. Rarely do defenders mark the thrower.

Of course, this should be trained during practice times. How often do we as coaches restart a possession activity with a throw in? Every now and then, this is a perfect time to address these principles.

1. Being able to hit a quality ball in behind the opposition’s back line off of a dribble.
There are many players that can hit a textured ball when it is not rolling, or when it is rolling back towards them. This allows the attacker to more easily put “spin” on the ball. This, however, is much more difficult to do when the ball is rolling away from the attacker. This too needs to be trained.

2. Heading off of punts and goal kicks. This is particularly a concern for attacking players. Getting touch tight, by backing into the defender allows them to control her and thus places them in a good spot to win the initial confrontation. Then, the actual technique of dealing with this flighted ball remains a concern and needs to be trained.

3. Being able to serve a ball over distance.

E. Movement of the back line:

In particular, the ability of the back line to compact space as a unit when the ball is moving. This situation happens a lot when the opposition is in possession of the ball in midfield. When longer back or square passes are made, the back line can step in order to compact space, as long as they are able to read the attacker’s service. This often requires them to stop and get side on in case the attacker looks to play the ball over the top. Of course, the goalkeeper needs to read this action and step with her defense in order to deal with this longer service. However, this compacting movement makes things difficult for the attack, and allows the defense the opportunity to apply greater pressure in the area of the ball.

I trust that you have found these ideas to be of interest. Please feel free to pass them along to whoever you feel could benefit from them.

As always, please let me know what you think.

One response to “Needs of the Women’s Game”